I know this title may sound a contradiction in terms, well it certainly was for me from a previous visit. I had Seville in my memory as a sleepy, opulent town, full of horse drawn carriages, flamenco glad girls clinging to the shade, stifling heat and an abundance of oranges. But that wasn’t my experience this trip.

I won’t bore you with all the details of why we had to see every major touristic site in one day between the hours of 11am and 5pm but we did.

We had booked a car, that could take 4 people and 9 bags of luggage, instead we were met by the very bad-tempered Jose Antonio, whose car was tiny, who spoke no English and was desperate to get rid of us at the first opportunity and any ideas of charming him to be our guide for the day, went straight out the window. He dumped us at the very grand and glamorous Alphonso hotel.

We had a delicious lunch in the courtyard of the hotel with my American friend saying repeatedly, “the cathedral is going to close in fifteen minutes”.  Ignoring her, we ordered more and more food for the marathon task ahead. My friend, being very resourceful, actually managed to get into the cathedral after closing hours by pretending she was part of a wedding group, only to announce later that she had got confused with a cathedral somewhere else and it wasn’t so amazing after all. But all major tour guides have the cathedral as one of the musts of going to Seville, climb to the top of the spire, where you can see the whole of the city laid out in all its glory. 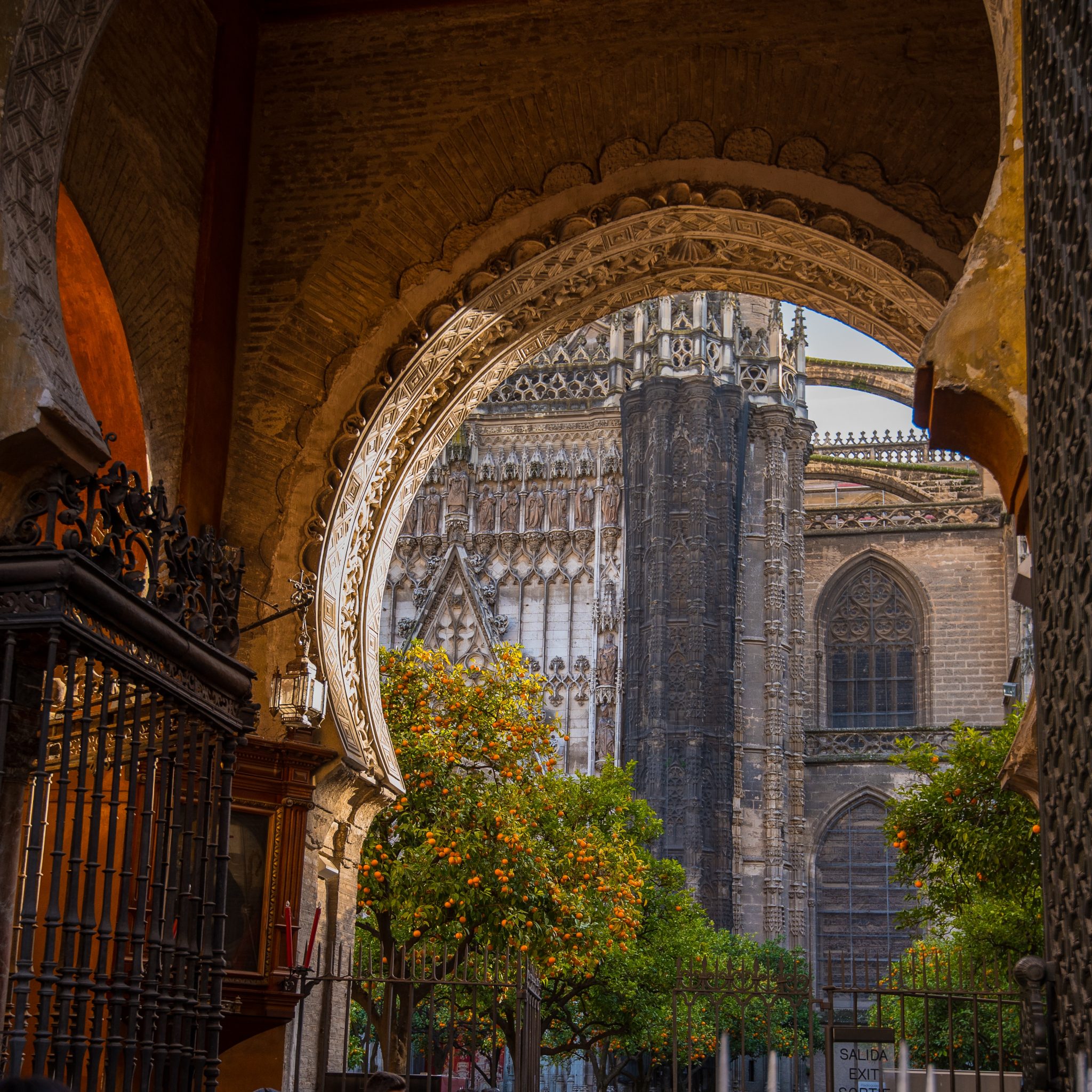 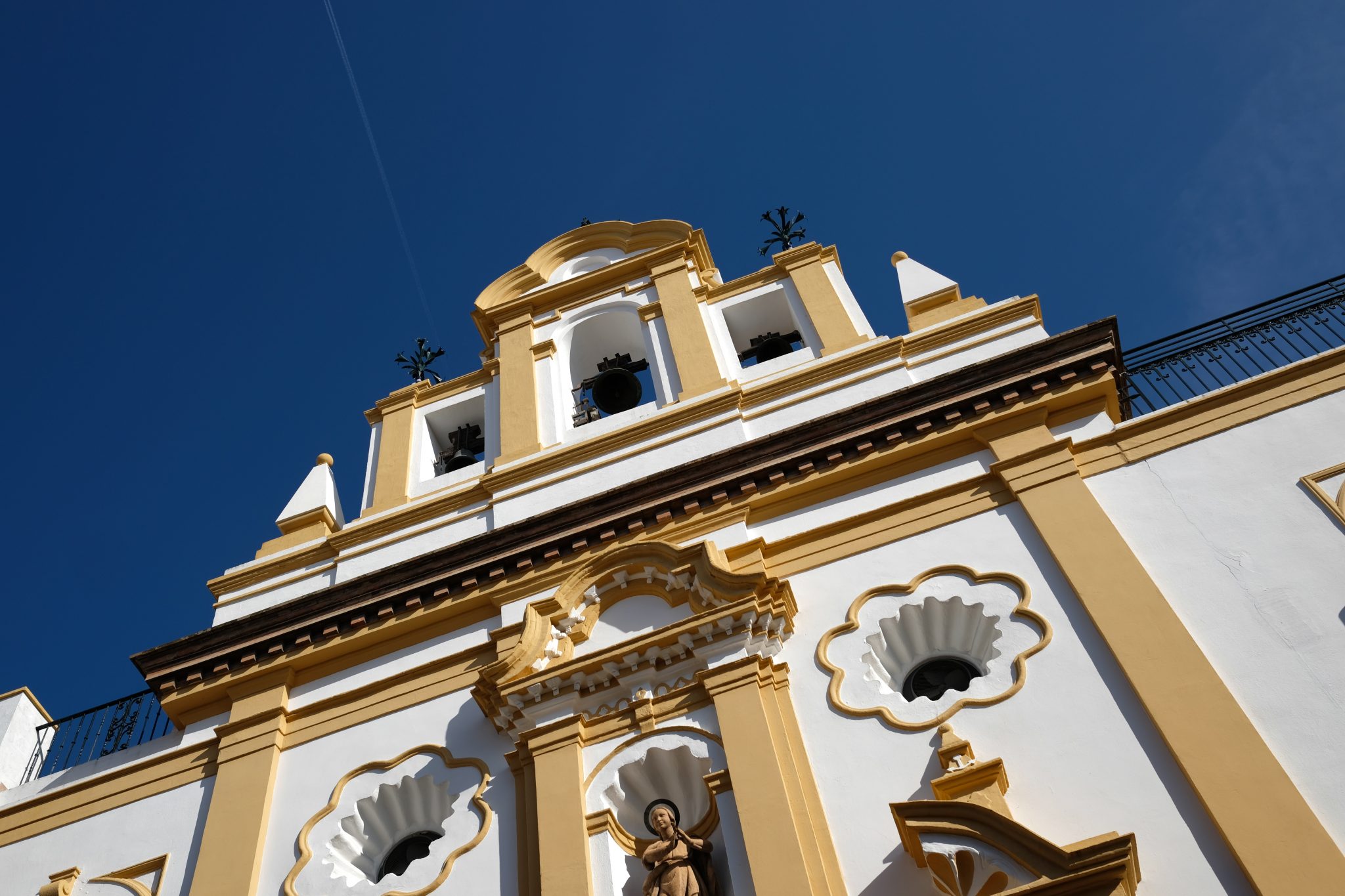 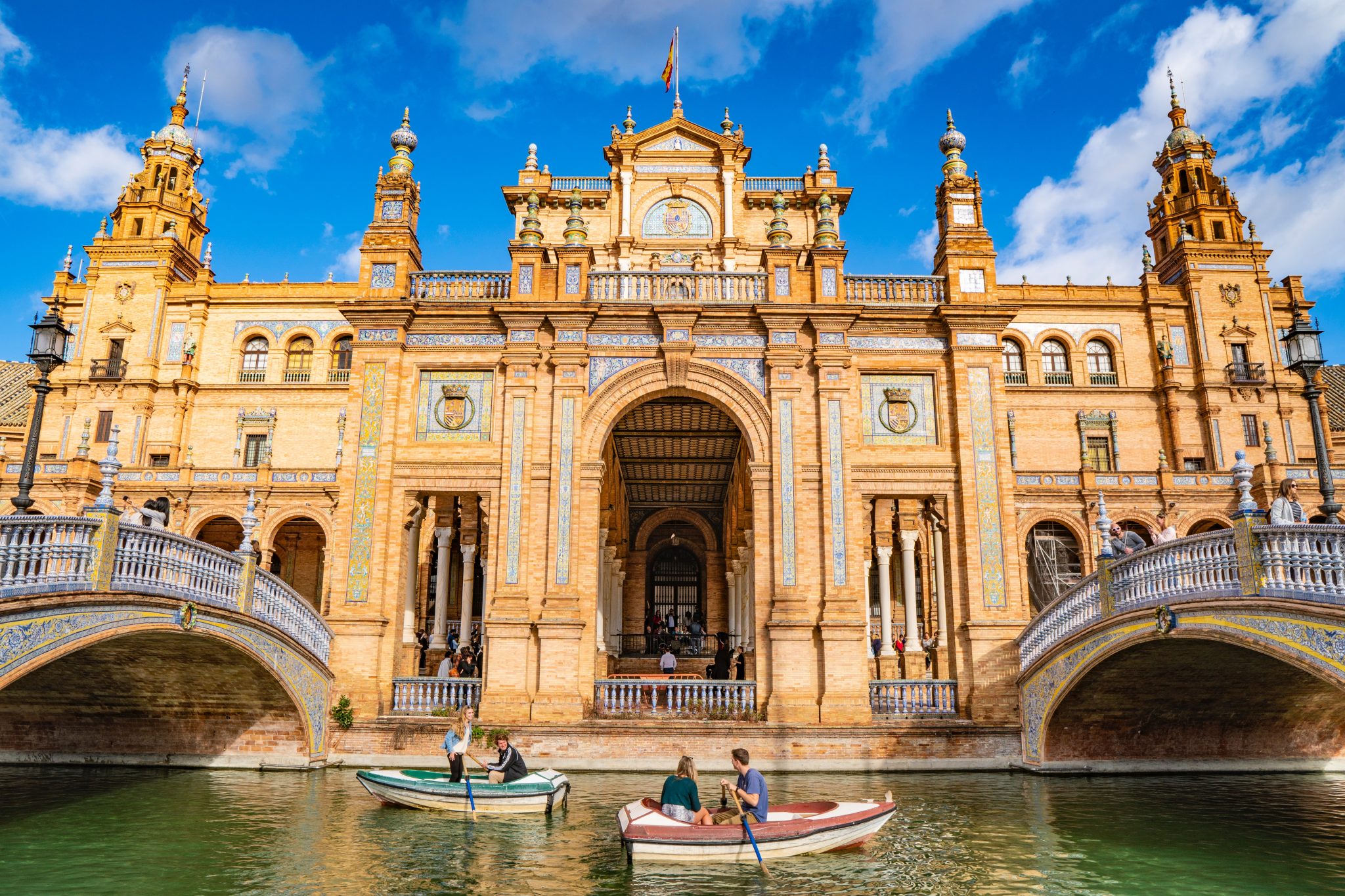 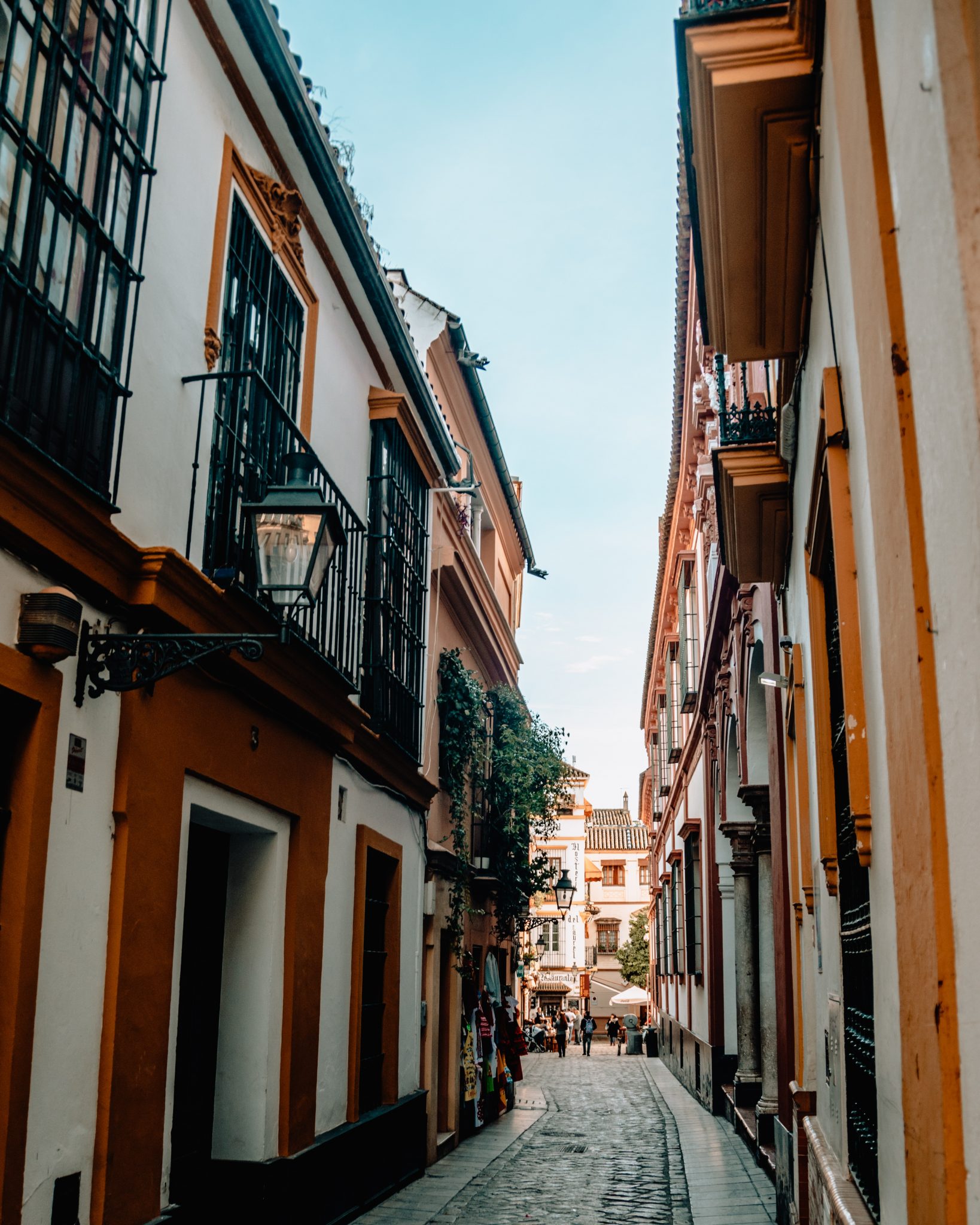 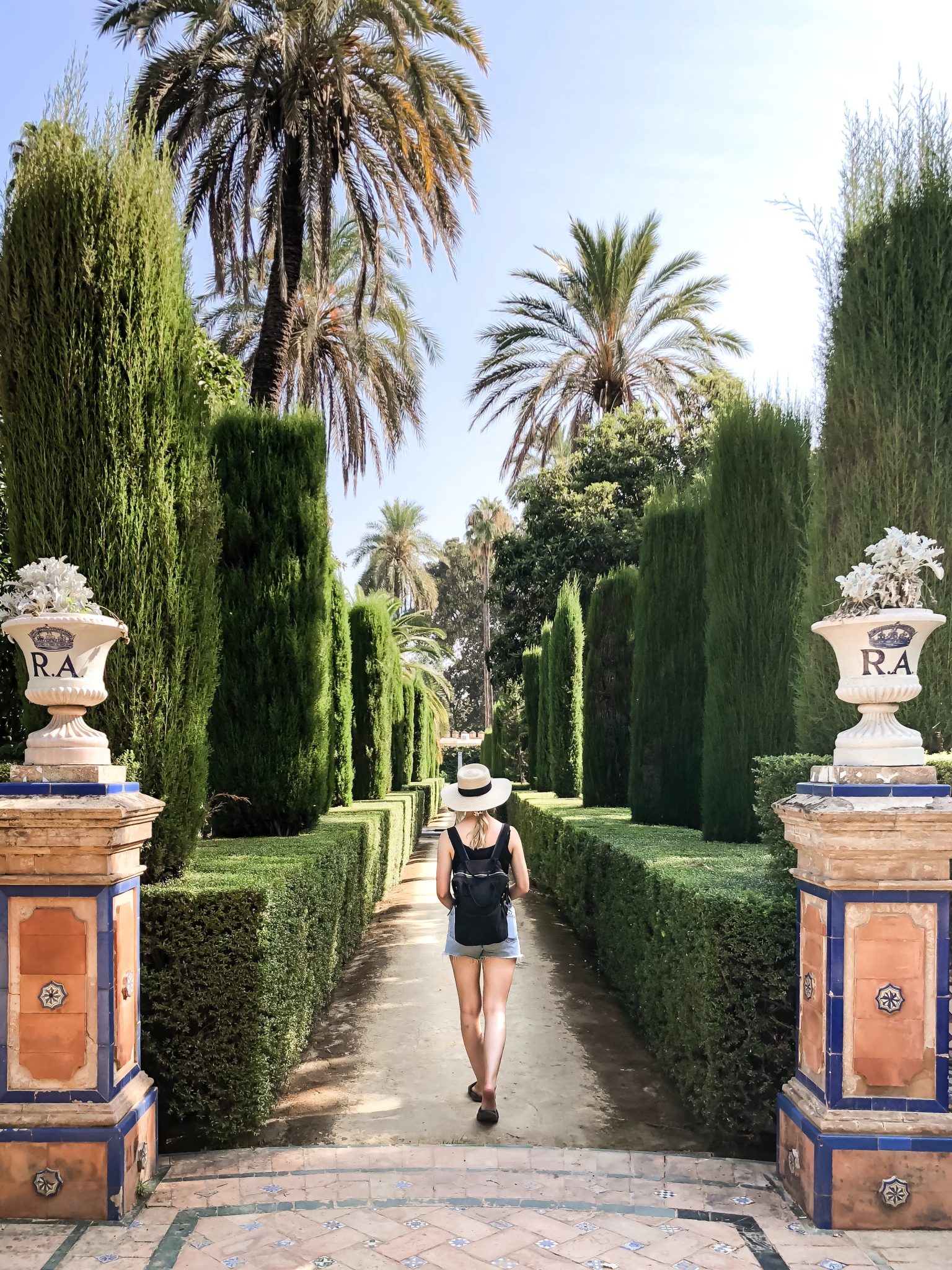 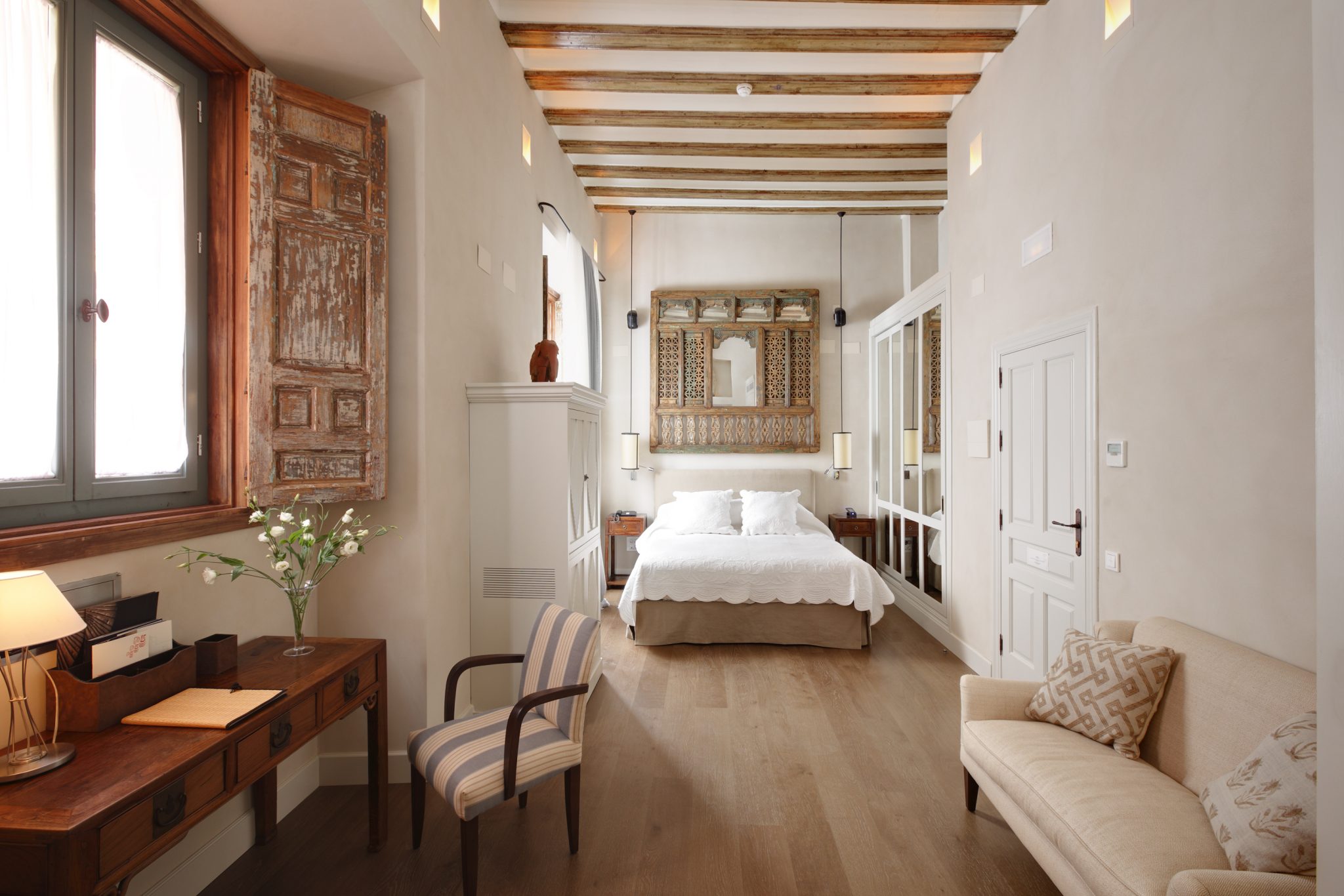 We then snapped into action to see the Alcaraz, where I thought my friend would be dismayed by the lines of patient people, queueing for three hours, who had booked at 10am and were still waiting in the by now excruciating heat. (Get your hotel to do it in advance!) But far from it, she ran past everyone screaming in Spanish a phrase that she had got wrong from my daughter. “Feliz cumpleanos hoy” which roughly translated means ‘Happy Birthday me today!’  My daughter said “I hate queue jumping” and stayed rooted to the spot, but the happy birthday routine had worked on the sleepy guides, who couldn’t resist this fireball of determination. My friend was beckoning frantically for us to enter, so shoot past the crowd we did.

By now, we had all caught the mania of nailing all the sights in a couple of hours, so we raced through the Jewish quarter and discovered a Segway center. Abandoning our bags to total strangers, we then shot around the town, past the Bullfighting Museum (a must) the Flamenco museum (another must), in fact we flashed past all the major museums and the first ever tobacco factory in the world. Our guide told us that Seville used to be an important port, of which I was doubtful, until we were alongside the Guadalquivir river and I saw how this indeed must be true. It would be heaven to take a boat down the river, but on we went around the Palacio de Espana gardens, which normally takes an afternoon, we had seen it all in fifteen minutes. The Palace is a beautiful, semi-circle of a building, in a huge park, built to face South America like an embrace. 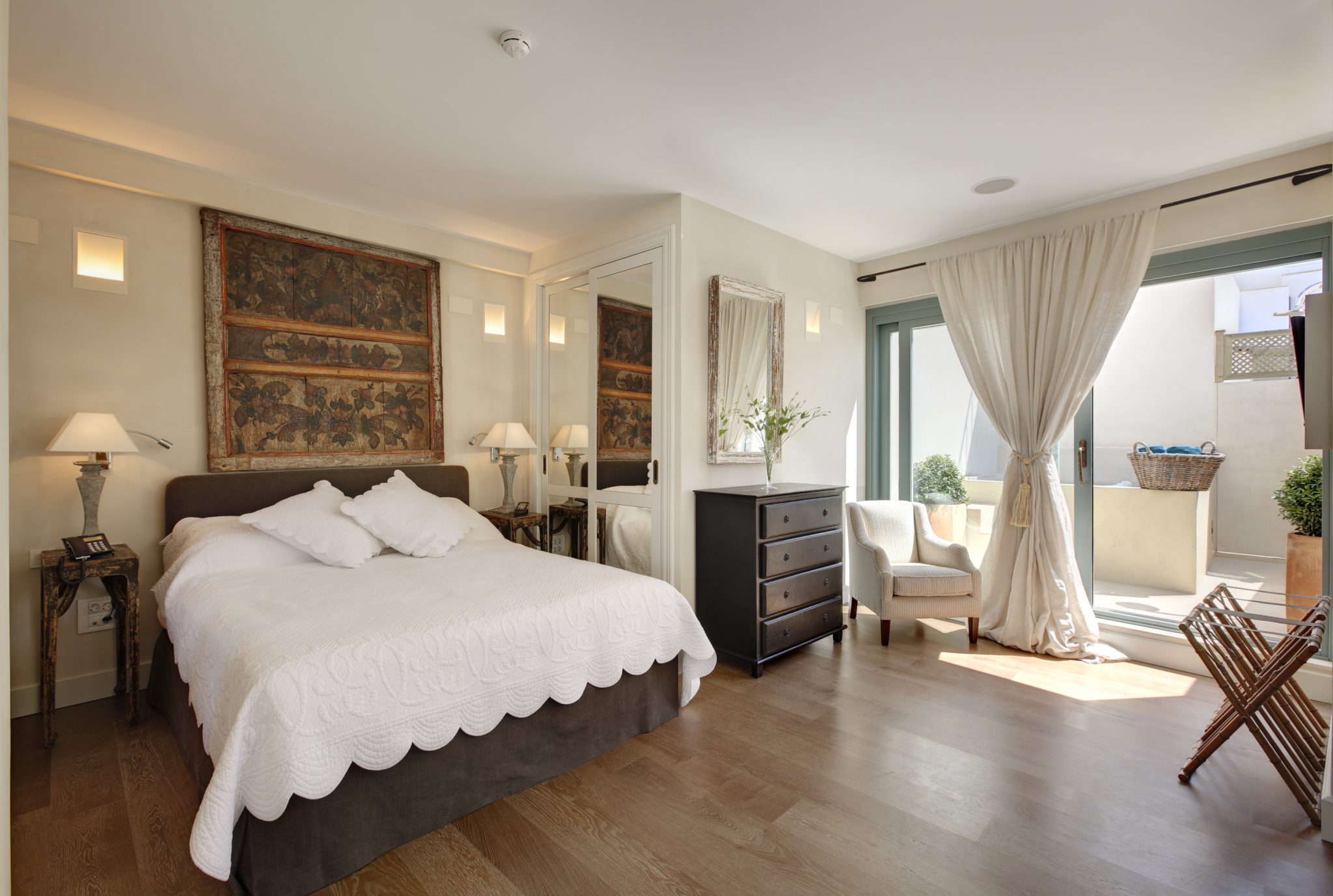 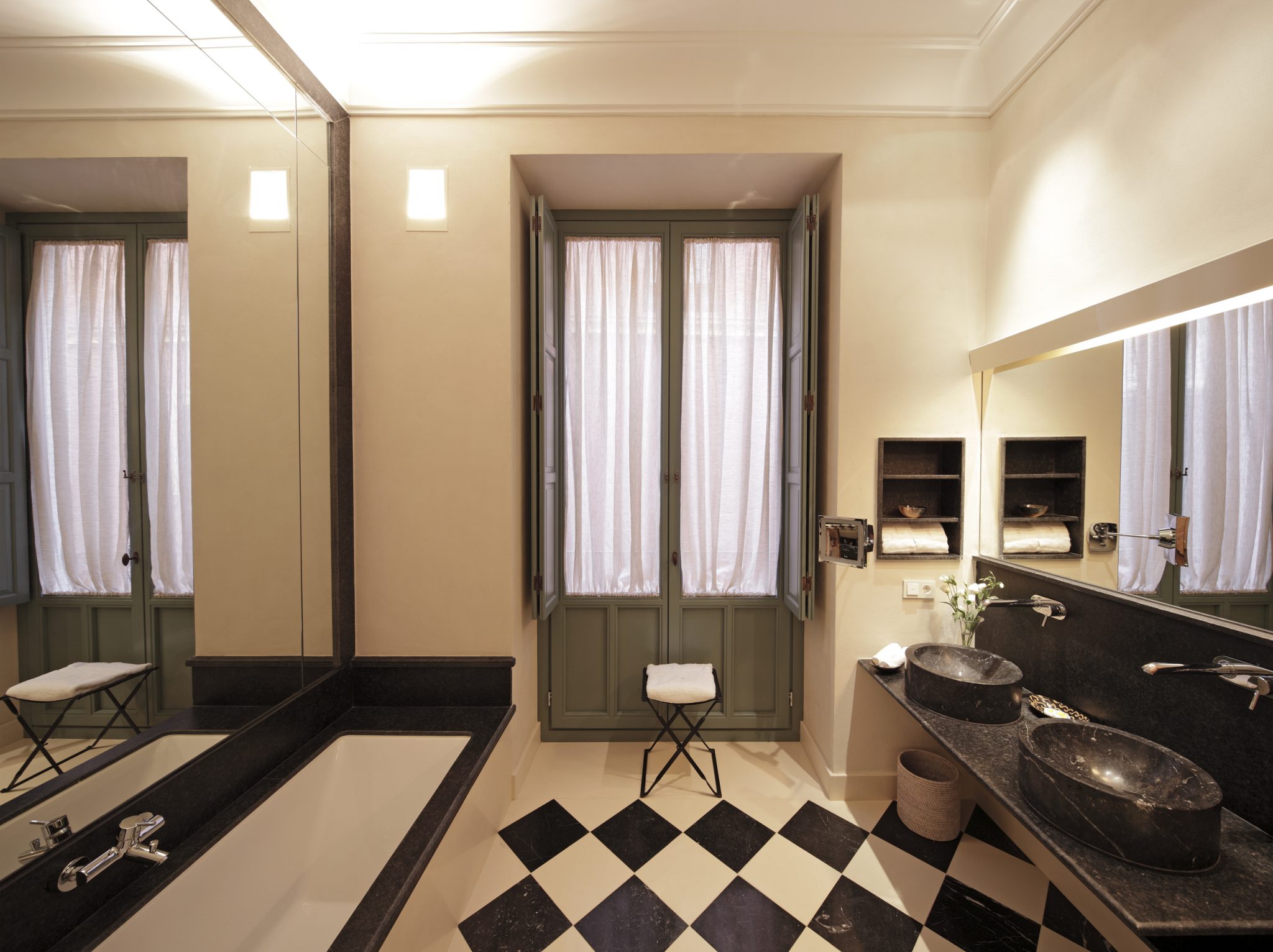 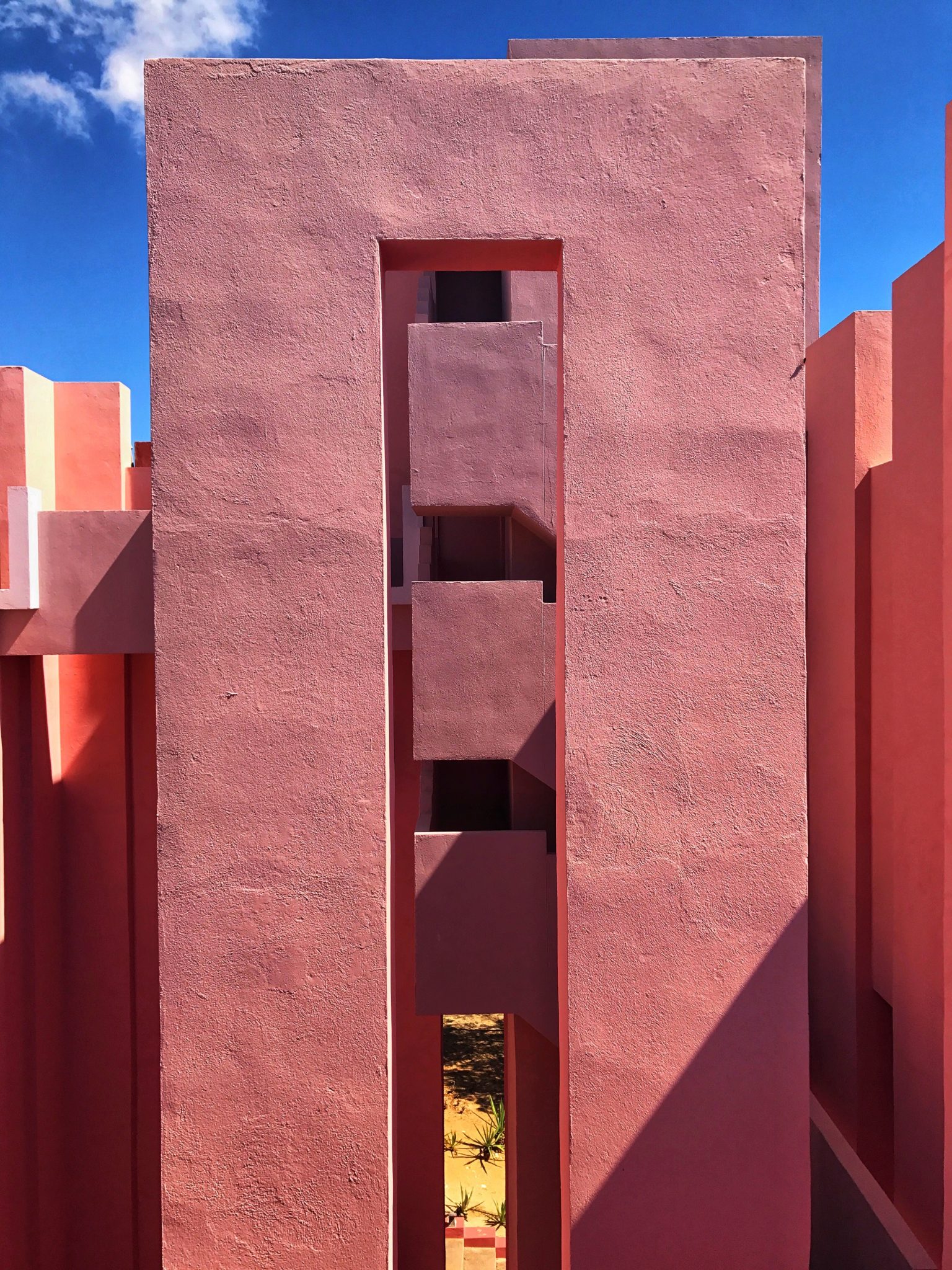 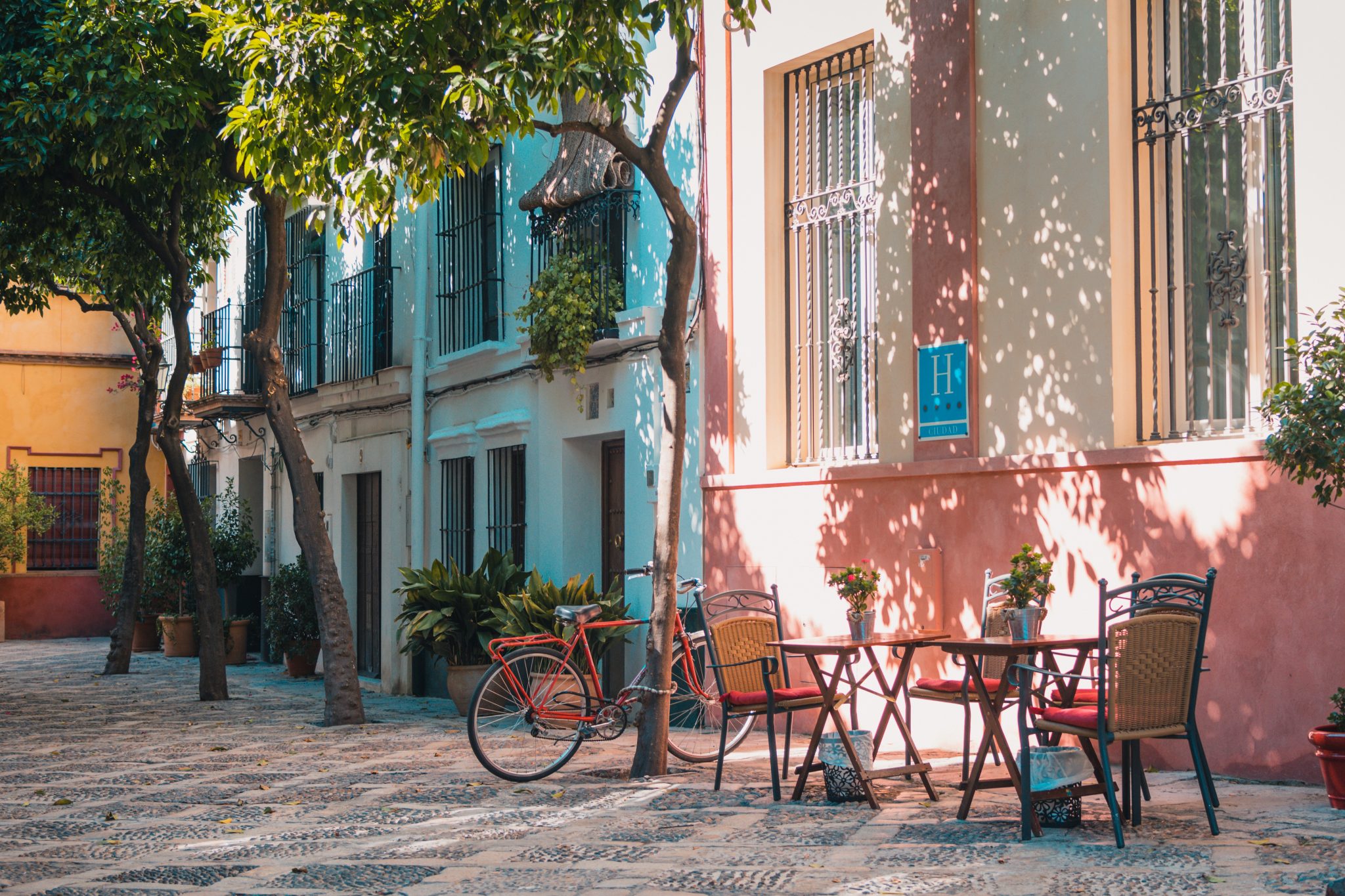 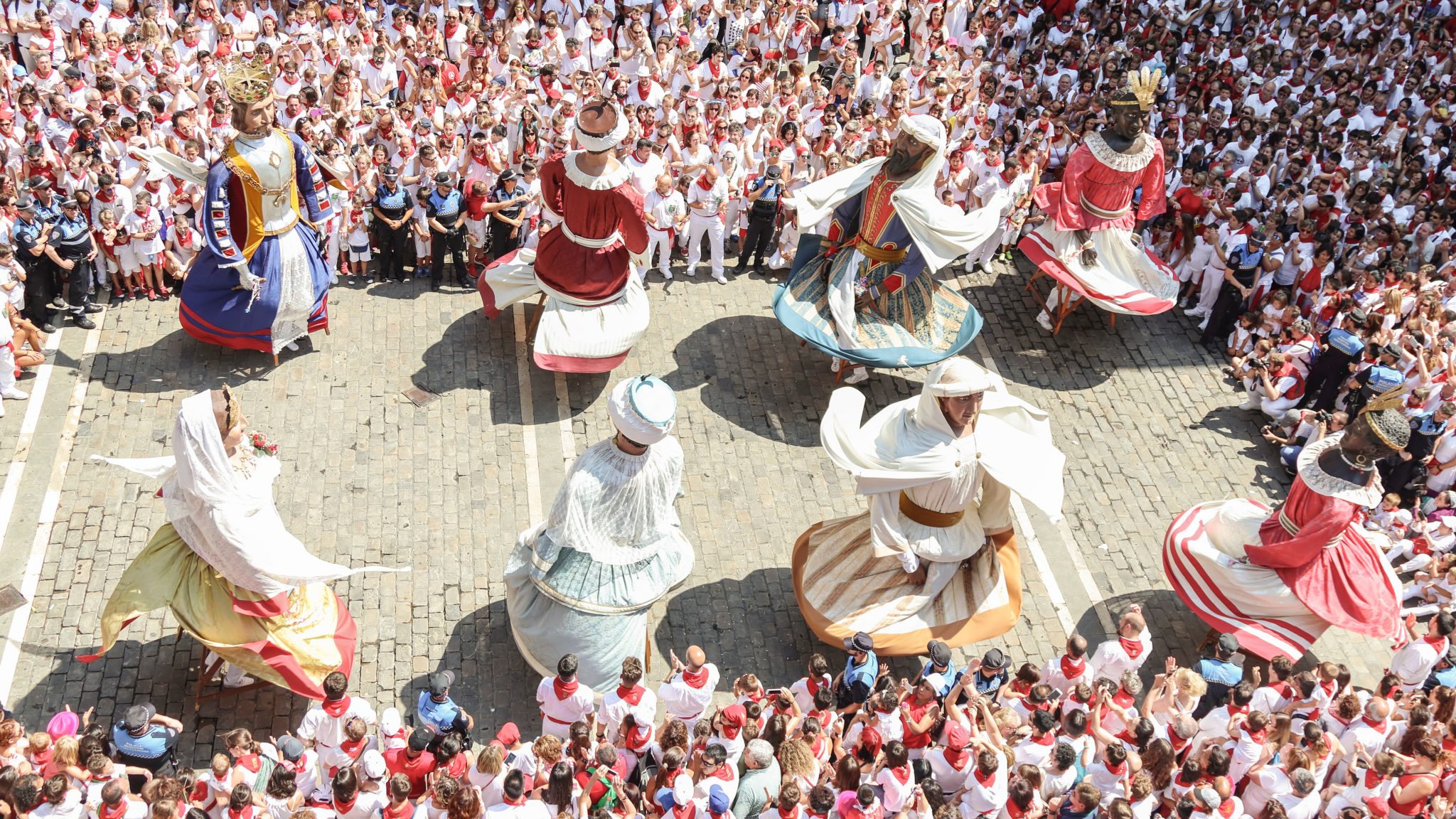 Next on the list was frantic shopping in Calle Sierpes, for leather goods, espadrilles and anything else that took our fancy. Having ransacked the shops, we slumped in exhaustion at a bar and contemplated where to have the “Feliz cumpleanos hoy” dinner. Resourceful as ever, my friend produced a list that she had got from the concierge of the Alphonso. I am surprised he hadn’t been persuaded to abandon his job and drive us around in a horse drawn carriage.

We ate at the stunning Restaurante Abades Triana overlooking the river, delicious cocktails, amazing food, but such slow service. We had hardly got through our main course before Jose Antonio was back. In a totally different mood, drunk probably, he drove at 160kph, with blaring music, up into the mountains and on to our next destination.

Browse our properties in Seville